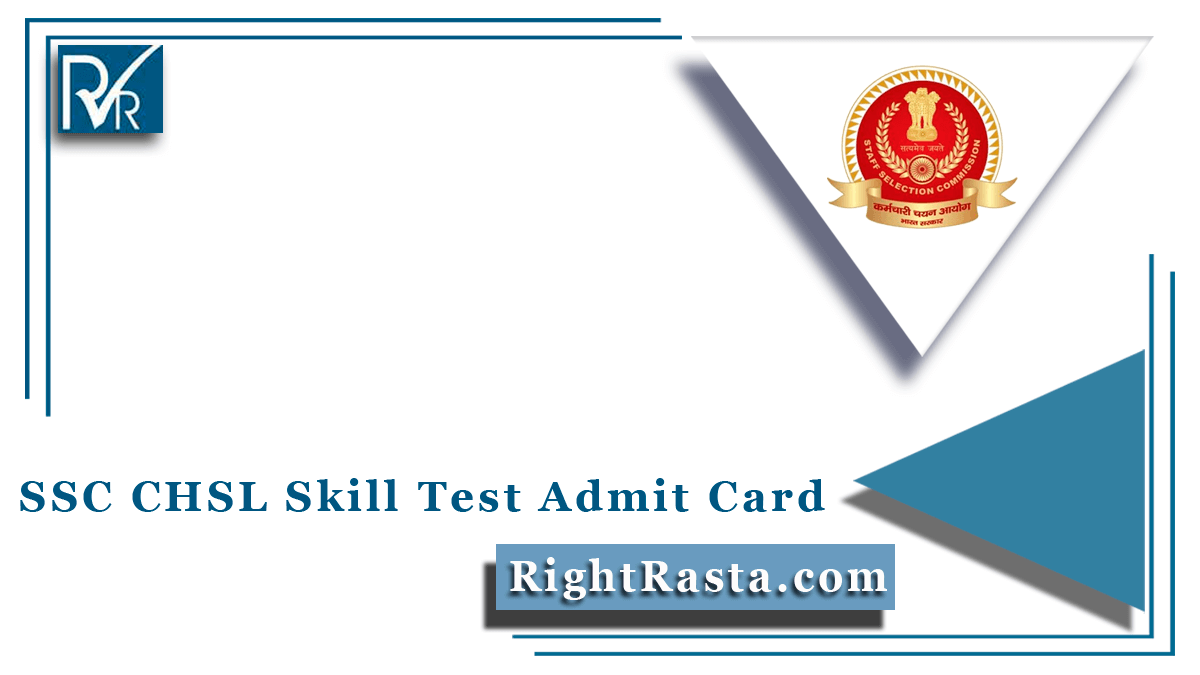 The CHSL Skill Test will be conducted by the Staff Selection Commission on 3rd November 2021. Go through the whole paragraphs in order to know the news that would be given on the SSC Admit Card 2021, and the documents that are must be carry along with the Admit Card.

New Update: SSC will declared the CHSL Admit Card to conduct the Skill Test. If you participating the test, then check the SSC Admit Card through this portal. Also, if you want to get new updates of SSC CHSL Skill Test 2021 then you can read this article. Meanwhile, we have given the link of CHSL Admit Card at the end of this page.

Applicants who are appearing the SSC test need to verify the details which will be present on the CHSL Admit Card 2021. These details are available on the CHSL Skill Test Admit Card to be verified by the candidates:

We hope you like the detailed post of SSC CHSL Skill Test Admit Card. Also, stay tune RightRasta.com site to get job news. Thanks!