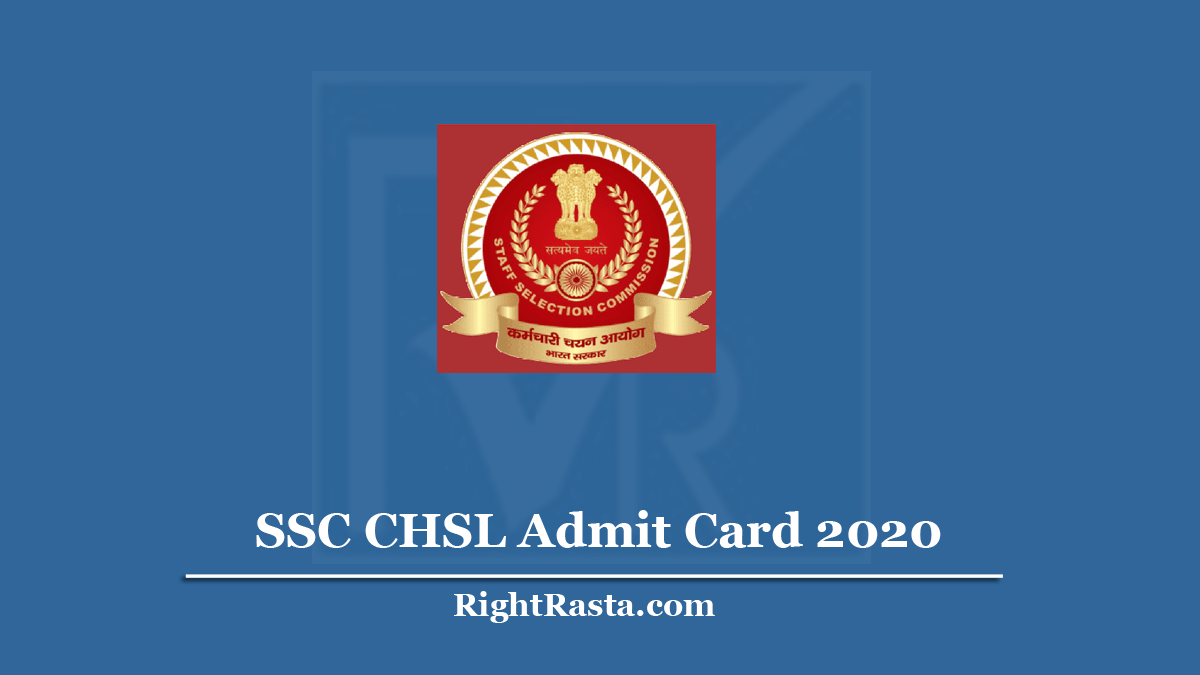 SSC CHSL Admit Card 2020 (Released): Download Staff Selection Commission 10+2 Exam Hall Ticket and check Exam date here. Candidates can download SSC admit card from the official site www.ssc.nic.in. It can be check and download by entering the registration number and date of birth. For more details regarding the CHSL admit card 2020, check the information given here.

Latest News: SSC has released the revised Exam schedule. Without the CHSL hall ticket, the candidate are not allowed to enter the exam hall and take the test. Candidates are advised to carry admit cards safely for future use. Schedule for CHSL Hall Ticket 2020 is provided below.

Along with the CHSL Hall Ticket, students have to carry the following documents to the exam hall.

When will the CHSL Admit Card released?

The CHSL Admit Card is released on 1st October 2020.

On which date the SSC CHSL Exam is scheduled?

Where can I download the SSC CHSL Hall Ticket 2020?

What ID proofs are required for the CHSL written Exam?

Candidates must carry either of PAN Card, Aadhaar Card, Passport or Other valid proofs for the CHSL examination.

We hope the details of SSC CHSL Admit Cards are very useful for candidates. To get other exam updates keep visiting our site RightRasta.com