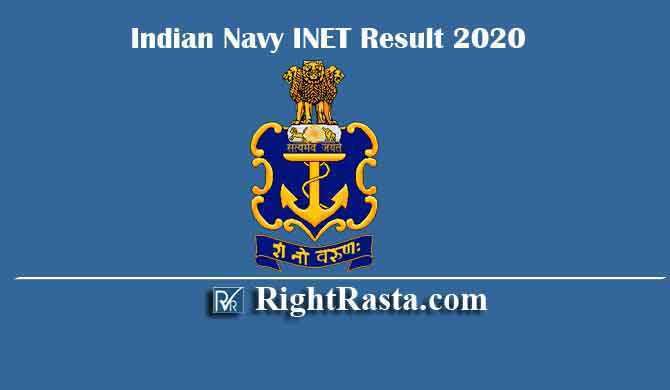 Latest Update: Indian Navy SSC INET Result 2020 had declared. Candidates can check the Exam Result Status from this article with the help of the below indicated direct link.

Students who appeared in the Navy INET Exam can check the results from this page. The Board of the Navy released INET Result for the 144 Short Service Commission Officers for the Indian Navy Entrance Test (INET) on 29th March 2020. And students who got selected in the written Exam they will go for the next selection round of the recruitment. We suggest that the students who participated in the written exam have to check the Exam results either from the official site or from the link indicated at the end of the post. To know more details check the website of the Officials.

For the latest updates visit our website RightRasta.com. If you have any queries of the Navy INET Result, then you can leave a comment in the below provided comment box.